We get it. You came here because you want to learn more about brand marketing, but before we get into that, take a second to humor us and answer this question: What comes to mind when you think about Apple, Coke, and Nike?

Most people immediately associate Apple its computers and phones, Coke with its soda, and Nike with its footwear. While there’s no denying the success of these companies’ and their cornerstone products, producing silk screens, crisp cola, and featherweight footwear is only half of marketing the equation.

Let’s focus on the brand, or the intangibles, of these companies. The opening analogy would read a bit different. While people are correct in associating Apple with its technology, their brand is much more than that, built on the spirit of innovation and novelty. Coke is associated with joy and happiness, and Nike, the pursuit of health and athletic excellence.

It’s because of these intangibles and the emotional evocation these brands achieve that they’ve been able to maintain decades of industry success and enjoy hordes of repeat, loyal customers. Establishing strong brand positioning allows your company to elevate marketing efforts from simply selling a product and its features, to eliciting an emotional response from your target audience through effective brand marketing.

To paint a more vivid picture of our above definition, let’s take a look at several examples of companies that have leveraged their intangibles to create successful brand marketing campaigns.

Athletic apparel and sunglasses company Oakley, launched it’s One Obsession campaign in 2015 and has continued to produce engaging examples of brand marketing through 2018. Their latest spot in the campaign features a commercial with the theme “It’s OK.” In this spot, Oakley follows several athletes through their sunrise workouts and late night training, and, as opposed to traditional sports montages, highlights their tribulations. The goal of the campaign is not to obnoxiously pitch a new pair of shades (although their branded apparel is featured) but is instead to highlight the drive and passion shared by its substantial customer base and does so quite effectively.

Apple: Get a Mac

Tech giant Apple is notorious for creating successful brand marketing campaigns. One classic example of this is best illustrated by what Adweek considered to be the best ad campaign of the first decade of the 2000’s. Apple’s “Get a Mac” campaign, more commonly referred to as “Mac vs PC,” provided customers with a personified version of the brand itself. By choosing a hip, up and coming actor in Justin Long to portray a Mac and a bland, rigid actor to play PC in contrast, Apple was able to physically personify their fresh, modern, and innovative position, allowing customers to relate with the “cool” actor. With over 66 ads aired, this campaign was highly successful.

Beverage powerhouse Coca-Cola is no stranger to executing effective marketing campaigns, but one stands out amongst others. Launched more than 7 years ago, their “Share A Coke” campaign continues to serve as one of the most effective examples of brand marketing. By replacing their signature cursive branding with the names of their customers, the soda supplier has been able to provide a personal touch and inspire kindness that few other brands have ever come close to achieving. By leveraging partnerships and clever ad spots like the one produced by Delta, Coca-Cola continues to evoke emotional responses that resonate with its kind hearted and supportive brand massaging. The company has even announced that the campaign will continue this summer.

Employing an effective brand marketing strategy enables your company to design campaigns that go far beyond showcasing product features to allow you to display your brand values or intangibles. Done right, these campaigns elicit an emotional response from your customers that will build loyalty and result in repeat business. If you feel that your business could benefit from brand marketing, contact Jessica Chabot, Vice President, Client Services of Millennium Agency at www.mill.agency. 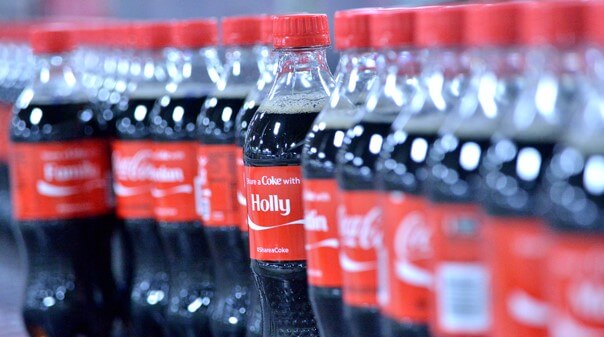