How to Get Attention From a Newsroom

In this episode, learn about the importance of crafting your business’ story to the specific news market you’re trying to get coverage in, and why a “one size fits all approach” doesn’t work.

Hi, this is Robb Atkinson. In this week’s episode of the podcast we’re going to be talking about how to get attention from a newsroom. And it’s a hard question to answer, especially if you don’t understand the newsroom you’re pitching to.

Now, I don’t know if you know this but there’s a revolution underway in how news is presented right now. You don’t believe me? Well, you should go check out what Tegna television stations are doing in your market. If you don’t have one, take a moment and Google them.

This is important because what works on a Sinclair station may be different than what works at a Tegna, Scripps, or even a Nexstar station. Each of these groups have their own editorial voice and it’s important for you to understand what that voice is. Now you may even have to craft different news releases to appeal to each of these stations. But I promise you it’s worth it.

So, once you decide how and what you’re going to pitch make sure that the event you’re pitching is newsworthy and has broad appeal. I can’t tell you how many times I’ve been in a newsroom where I received a press release that has nothing to do with about anything that’s happening in my community. The best way to get ahold of someone at a newsroom is still email.

It’s far and away the best way to communicate with someone and in fact if you can find one email that reaches all the people that you need to speak to, that’s typically the best way to go but don’t just send that one email to an editor and think your work is done. Take the next steps. Find out the editor’s name, call them, send them cookies, make a relationship. Think I’m kidding? I’m not.

When I was a news director, I’d often tell my reporters that if you want to strike up a relationship with someone at the police station the best way to do it is really go and meet that person on the desk who’s giving out the tips to the reporter. Bring them cookies; make a relationship. It’s just that simple.

Also apply this strategy–not only to the editor–but to a reporter that covers your area of expertise. Use this as an opportunity to create a relationship. Call them, meet them out for drinks, do something that builds trust. When the reporter calls, be ready to roll. Have your interviews ready to go. Create excitement. Offer exclusivity on a story.

I remember once I worked with a large communication company. We pitched a story that touted our most secret location. We offered exclusivity to a TV station and then we even made them sign an NDA, if they covered. It was the easiest pitch I ever made. The station in-fact teased that story for two days in prime time before they aired the segment in the six o’clock news.

And when you’re thinking about pitching these stories to a television station you have to remember to plan your event for a time that makes sense for local TV stations. Don’t schedule it for 6 p.m. at night and wonder why a reporter isn’t there to cover your event. It may be that they have other things to cover. Work with the assignment desk to find the best time to cover the event. And finally remember the first sentence in your email will make or break your coverage chances.

I’ve received thousands of news releases and almost all of them make the same critical mistake–they bury the lead. Nine out of 10 times, I immediately scroll to the bottom of the email where I find the most interesting part of the release. Remember, newsrooms aren’t coming up with story ideas. They’re pulling ideas from viewers and then showing the audience how and where they got them. They’re asking what viewers want and they’re trying to answer it. If you want to learn more about this week’s topic email me at ratkinson@mill.agency.

We’d love to help you succeed. 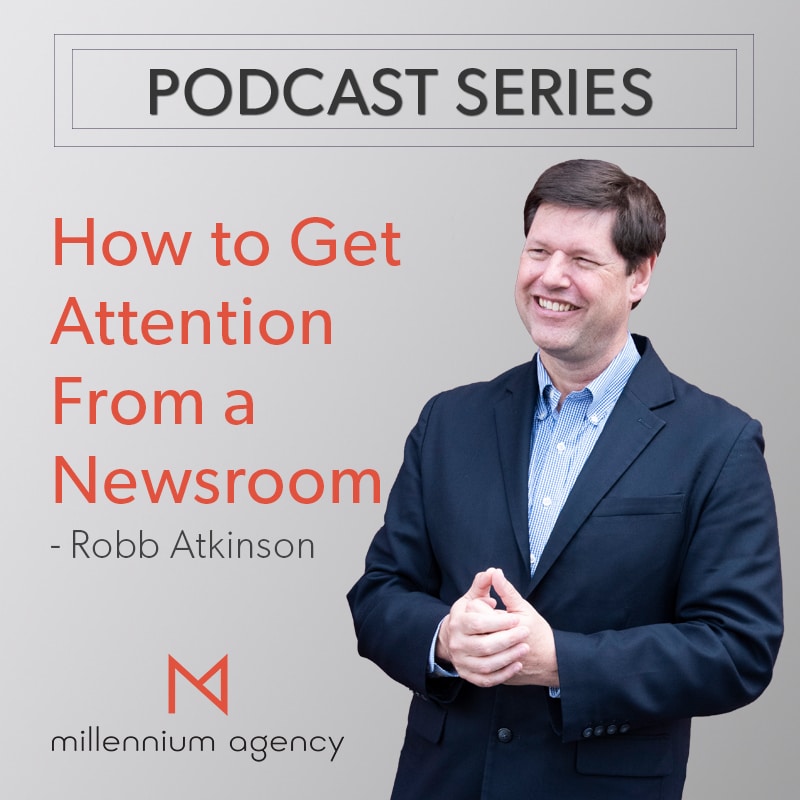 Linda Fanaras is the CEO and Founder of Millennium Agency located in Manchester, NH and Boston. She can be reached at 877-873-7445 or lfanaras@mill.agency.